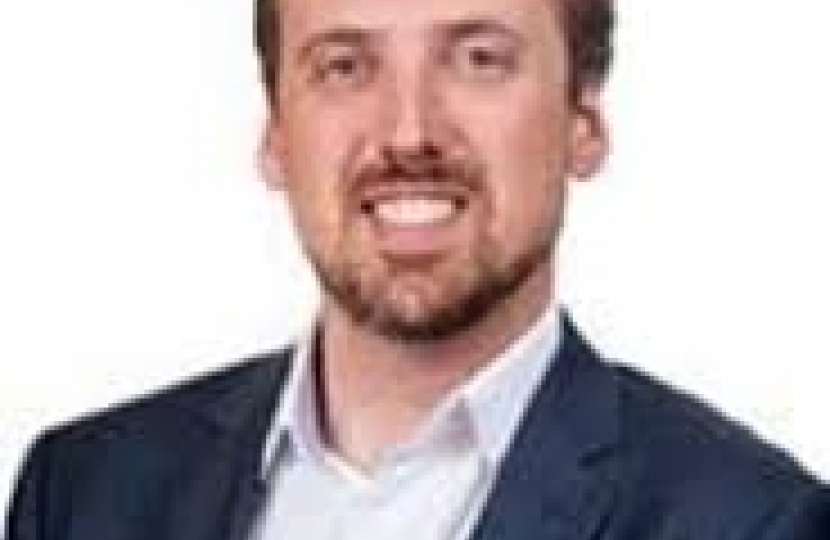 There have been a number of developments since my last blog. National guidelines regarding Covid-19 have cautiously eased, with emphasis on individual responsibility such as wearing facemasks. The South Chiswick Liveable Neighbourhood Scheme has begun, much to the chagrin of local councillors and residents. The Planning Committee meetings continue albeit with fewer councillors and I include my report from the latest meeting. The council continues its plan to address homelessness in under difficult conditions.

There had been a general easing of restrictions following my last blog and I enjoyed my first ‘takeaway' since lockdown from the Bell & Crown and my first coffee at the Coffee Traveller (who also sell bags of whole beans for coffee lovers like myself!). The gradual reopening of businesses has provided a welcome boost to Chiswick's economy. I attended a fundraising event at Chiswick House and Gardens where plants from the greenhouse were available for purchase under the expert guidance of their gardeners.

However plans to further ease restrictions have been cancelled and wedding receptions for up to 30 people are off and facemasks have become mandatory in more places like galleries, shops and museums. The period has presented a particularly difficult period for residents who have been furloughed or made redundant if they had had the misfortune to join a company short of the required time limit. Please see the latest government advice here .

The government is committed to halving rough sleeping by 2022 and ending it by 2027 through combination of national and local government. As the Conservative representative for homes and homelessness, I have kept up to date with the council's plans in light of Covid and asked questions when the Conservative Councillors meet with the leadership of the council.

The outdoor nature of being homeless and the proximity to passers-by has put such people at a greater risk of catching the disease than others. The council has focussed its efforts on permanent accommodation and has moved people in hotels and B&Bs during the crisis. Whether this is sustainable in the long term and whether it delivers value for money is not clear and I am in the process of gathering further information having spoken with homeless charities and experts for their views which I hope to have in time for my next blog.

The council advises that, if you believe that you have nowhere to stay, you should immediately call them on 020 8583 3942 or by email at MyIndependence@hounslow.gov.uk

Councillors Gabriella Giles, Sam Hearn and I wrote an open letter to Councillor Hanif Khan, who is the Cabinet Member for Traffic and Transport, giving voice to several issues that residents had raised on the South Chiswick Liveable Neighbourhood Scheme , which aims both to encourage residents to make more journeys by foot, bike and public transport and to improve public space. Councillors Giles and Hearn have done considerable research into the scheme and spoken to officers and residents.

While we supported measures to reduce speeding and rat-running, we demanded that a full public consultation be held before the measures be implemented and pointed out logistical weaknesses in the scheme. At a follow-up meeting between us and Councillor Khan, the latter took our comments on board including suggestions on how to improve the plan. The failure to use a full public consultation denied residents the opportunity not only to voice their objections to the scheme but also to use their knowledge of local roads to suggest possible improvements and mitigations.

This is an issue that all Conservative Councillors have prioritised and we have been working closely with residents' groups; for instance Councillor Biddolph met residents' associations to discuss the local effect on South Acton Lane. Councillor Giles has developed a mailing list for the latest information on the scheme (please email her at gabriella.giles@hounslow.gov.uk to join). We are working with officers to gain a greater understanding of timelines and other details and considering further action. Please do get in touch with your views via email at michael.denniss@hounslow.gov.uk .

I am a member of the Hounslow Planning Committee and have a vote on planning applications that get called in. The meetings, which had been cancelled as part of the council's reprioritisation efforts to combat Covid-19, began again with fewer councillors and based on the current 5:1 ratio. You can attend these meetings live via the Hounslow Monthly Meeting Calendar. I attended my first meeting since lockdown on 4th June where I heard a residential application in Isleworth, an expansion to Cineworld in Feltham and the demolition of two houses in Chiswick High Road.

The latter development's future neighbours would be both residential and commercial properties and I sought assurance from the planning officer and the applicant that appropriate access would be guaranteed, particularly rear access for the commercial premises. Residents had raised concerns about privacy and these had largely been addressed by the applicant's acceptance of certain conditions for approval. However I proposed a further condition that a front window be opaque and the entire application was approved on this basis. 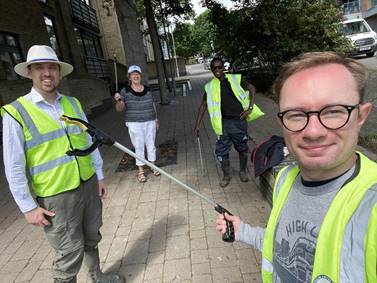 Nicholas Rogers (on the right), the Conservative London Assembly candidate for Hounslow, Richmond & Kingston has spent much time getting to know our borough. Nick has had a visible presence in Hounslow even before he stood for election and been involved in several campaigns such as opposing the council's CS9 plans.

Nick met up with Councillor Ron Mushiso and me in Brentford to discuss the latest local issues and to see how the Covid crisis was affecting rubbish collection and recycling in the area. We picked litter from the riverbank and were shocked at how quickly our bags filled up. Although the streets appeared to be largely well maintained, there were areas on private land where rubbish had built up. A dedicated strategy is clearly needed to deal with the rubbish here and on the riverbank.

Today we have published our Covid-19 UK Vaccines Delivery Plan, setting out how we plan to deliver the biggest vaccination programme in British history, to protect all those who need it most as quickly as possible.