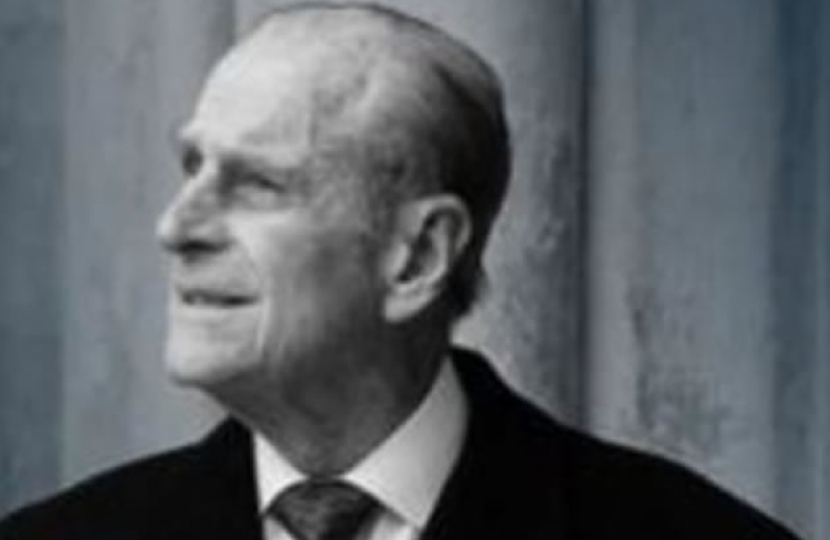 This week has seen the nation and the Commonwealth enter a period of mourning following the death of His late Royal Highness The Prince Philip, Duke of Edinburgh. Here in Chiswick and across the London Borough of Hounslow, flags have been lowered to half-mast and remembrance services have been taking place. From the Duke of Edinburgh Award programme to the various visits made by Her Majesty the Queen and the Duke, many residents across the borough have some sort of contact with the royal couple. This has often left many happy memories and experiences for our residents.
On Friday 9 April, the day His Royal Highness passed away, the Conservative Group at Hounslow Council laid a bouquet of flowers outside Buckingham Palace with a message of condolence to Her Majesty The Queen. This was then followed up by a letter of condolence which was sent to Her Majesty’s Private Secretary.

The Duke of Edinburgh Award programme has had resounding success across the world, with it not only operating in the United Kingdom but across 144 countries. Here in Chiswick we have seen many success stories linked to the DoE Award. One in particular is the achievements made by Chiswick School in June 2019 when 98 of their Year 10 students engaged in several challenges over a weekend and achieved the Bronze Award. This incredible achievement by a fantastic group of students led them to become better prepared for their end of term assessed expeditions. This reflected the rationale behind the founding of the scheme, which is for self-improvement of young people and to expand their learning beyond the classroom.

Councillor Ron Mushiso (Turnham Green), Deputy Leader of the LBH Conservative Group explains, “As a DofE assessor currently assessing four young students in Chiswick as part of their Duke of Edinburgh award, it is an honour to be associated with his legacy. It is a remarkable initiative that has given confidence to so many young people here in Chiswick and around the world.”

Councillor Gabriella Giles (Chiswick Riverside) said, “As a teenager growing up in Chiswick, I had the pleasure of taking part in the Duke of Edinburgh award and seeing it through from Bronze to Gold with the team at the Hounslow Youth Centre under the inimitable leadership of Dot Hasler. It was during this time that we learned of those four pillars that shaped Prince Philip’s youth – service, physical activity, skill and adventure – pillars that have shaped the characters of millions of people worldwide and have set apart generations of leaders. Our graduating group in 2002 was then part of a programme that followed in their Royal Highnesses footsteps and spent almost 3 weeks with a group of Maltese Scouts, learning more about the local culture, trekking the islands of Malta and Gozo, learning to sail, sleeping under the stars at the Red Tower and battling sand storms. I never had the pleasure of meeting the Duke of Edinburgh, but I would like to think that he would have told us all that a cold, sleepless night spent on ground so hard we couldn’t pitch our tents for fear of them blowing away as ‘character building stuff’ that would help us learn resilience, and precisely the type of trip he had envisioned when setting up the initiative many moons ago.

“At the age of 18, I was able to leverage these skills and became a leader for the younger girls at Notting Hill and Ealing High School where, along with some friends, we were responsible for teaching the inaugural Bronze class how to read maps, make sure nobody got lost and having great fun mountain-biking along the Jurassic coast and rocking up to camp covered in mud in front of a group of girls who were at that point still scared of getting their parachute pants with streamers muddy or having to untangle them from bushes. Like many young people who have been involved with this scheme, we all have stories to share, and while some would discover that this scheme was not for them, many of us can only look at the time we shared learning how to become independent adults as life-changing. And for that, we have nothing but gratitude.”

Councillor Joanna Biddolph who represents Turnham Green ward said, “Anyone living in Bombay in early 1961 has at least one indelible memory - the visit of HM The Queen and HRH The Prince Philip, Duke of Edinburgh, on one of their many tours of the Commonwealth. I have a photograph of my parents standing in the crowd, with family friends I recognise, though we children were in a different spot, lining what my mind’s eye tells me was a large arena; there is no photo in my album of that. None of us who reminisces about our joint Indian birthplace and childhood can remember whether we were at the Willingdon Club, the racecourse or somewhere else but I can remember clearly the huge excitement of a day that, as it turns out, I would never forget. I remember The Queen and Prince Philip being driven round the arena, standing in the back of an open workaday vehicle, perhaps something like a Land Rover - certainly it wasn’t a grand car - with everyone waving and cheering and that I was not that far away, perhaps a few feet. As for who remembers the occasion, about 10 years ago at a foodie press event, I sat next to Indian chef and restaurateur Cyrus Todiwala, also born in Bombay, and asked him if he remembered the visit. ‘Of course! Who could forget that!’ he said.

"A Pathe News video of the event shows just how important the Commonwealth was - everyone was beaming whether they were Indian, British, American, French or none of the above. I was born in a Commonwealth country and how proud I am of that - and to have experienced such a special occasion when the head of the Commonwealth and her devoted-to-the-Commonwealth husband came to my hometown.

“My other memory is of attending a garden party at Buckingham Palace in 1979. After general elections, each party headquarters is given an allocation of places for staff and I was on the Conservative Central Office (CCO) list. Prince Philip's charisma made him stand out not just from the large crowd of guests but from his family, too. Perhaps it was because he was rather like my father - very good looking, always very well dressed and with well-cared for hair - that I was so struck by his presence. He, they, represent an era that is slowly slipping away though, as several of my colleagues have said, Prince Philip lives on through the Duke of Edinburgh Awards - and for as long as those of us with other memories can remember the actions and character of this very remarkable man.”

Councillor Ranjit Gill who also represents Turnham Green said, “Prince Phillip: The Rock of the Royal family. A great human being who put Queen and country before his own personal ambition. The nation has lost a true gentleman, a father, a grandfather and a devoted husband.”

Councillor Gerald McGregor (Chiswick Homefields), Leader of the LBH Conservative Group added, “His deep love for the Royal Navy and for mariners is reflected by his outstanding record during the second world war where HRH displayed professionalism and bravery at moments of crisis that drew tributes from crew-mates and superiors alike.

“As HRH The Prince Philip has been laid to rest surrounded by his loved ones, we send our sincerest condolences to Her Majesty The Queen and the Royal Family.”