Councillor Gabriella Giles on the importance of community spaces

September, that month when, every year, I still get that back to school feeling. After the summer break, and a chance to recharge the batteries, it’s now back to our regular routines. The kids are back at school, the traffic along Chiswick High Road has started to ramp up again, and the cold weather has started to set in. Or so I had thought until the end of this week when summer returned.

The new school year also coincides with a return to business at the regular working pace of the council, or at least it should be. However, this month, the Chiswick Area Forum has been postponed, and the Borough Council meeting cancelled, as reports we were expecting to review were not ready on time. Several other meetings have been either postponed or cancelled due to an apparent lack of inactivity over the summer. This isn’t solely down to the council, or its officers, but, in the example of next week’s Licensing Panel, this has been cancelled due to no applications being received in time. It would appear that there have been a lot of people in Hounslow who have been making the most out of the summer weather.

After the highly attended Cabinet meeting of 3rd September, where CS9 was unanimously approved, I have been able to spend time catching up on emails and casework. Despite my earlier comments on the summer hiatus, I was pleasantly surprised to see that an urgent case I had logged in July had been put to the top of the list in an email from August. This being some sort of progress after the person in question had been told that the council would not be able to take any action until September at the earliest. With that in mind, I have just chased for the exact details of the outcome.

Other items of interest have included a resident asking how to log a complaint about the state of the pavements outside their house. Over the summer, Hounslow Highways has signed up to FixMyStreet, a much easier way to report actions needed. The “Report it” button on the Hounslow Highways website remains; it automatically redirects to the new FixMyStreet system.

Still on the topic of pavements, there was also a corresponding enquiry about a potential closure of access from Harvard Hill to the the A4, to deter those using Burnaby Gardens as a cut through.

Following conversations with the Council’s project officer for the Liveable Neighbourhood project, I was delighted to hear that there will be several traffic surveys around this area over two weeks starting from 23rd September. These surveys intend to capture up-to-date information on traffic speeds, volumes and the proportion of traffic that is using residential streets as a cut through to major roads. There will be a project website as part of the consultation process and it will include a map of the project area and an interactive survey which allows respondents to place a pin on a map and answer transport and traffic related questions. This will allow residents to highlight local concerns related to traffic volumes, speeds, road crossings, local cycling facilities and access to bus stops, just to name a few. I was hoping to join Cllr Sam Hearn in meeting the project officer on Tuesday but could not manage to get away from the office at 2pm. 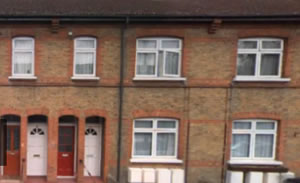 Talking of consultations, in March we were presented with the plans for renovations to the 20 properties on Loraine Road. Currently, they are split into 40 self-contained flats. The intention is to convert these 20 properties into much-needed three bedroom family homes. As much as I love the idea of more family homes in the area, where a number of the properties will be open to those on the London Living Rent and Hounslow Shared Home Ownership programmes, I can’t help thinking that renovating each of these houses one by one, to specifications that will be lower than a new build, is a very short-sighted, costly option. If the current buildings were demolished and rebuilt in the local style, with sustainable methods, a carbon-neutral footprint, and a green energy provisioning, it could be a really fantastic opportunity for the council to put their money where their mouth is.

The consultation is open until 20th September (although the site states 4th October); do respond on the link.

Regardless of my misgivings, it will be nice to see that these houses will become family homes, and a greater part of the community.

Over the summer, I have been thinking about community, and how an individual can become part of one, especially in London. Traditionally, I suppose, a community centred around the local school, church or pub. With fewer people having children, going to church, or even going to the pub, it can therefore be hard to create a sense of community within a neighbourhood.

Therefore, the thought of losing one of these meeting points of the community, as with the new planning application for the Old Station House in the heart of Grove Park, can make us feel uneasy. This has certainly been a concern since the planning application to convert the building into flats with a smaller pub was made public. We have called-in this planning application to the next Chiswick Area Forum and, along with Cllrs Sam Hearn and Mike Denniss, want to know what the local residents would like to do. It may not appear to be far to the next pub but, as someone pointed out to me, in London, a mile to the pub is a long way to go. I would say that’s especially true for Chiswick. We are trying to confirm a date and place for a meeting so watch this space. In the meantime, drop me an email. gabriella.giles@hounslow.gov.uk

Chiswick: Every Saturday from 9.30am to 10.30am at Chiswick library, upstairs in the private room

Gunnersbury: First Saturday of the month from 10am to 11am at The Triangle Club, The Ridgeway, W3 8LN, usually a group discussion but privacy can be arranged.

Resident trips with small son in pushchair who is injured