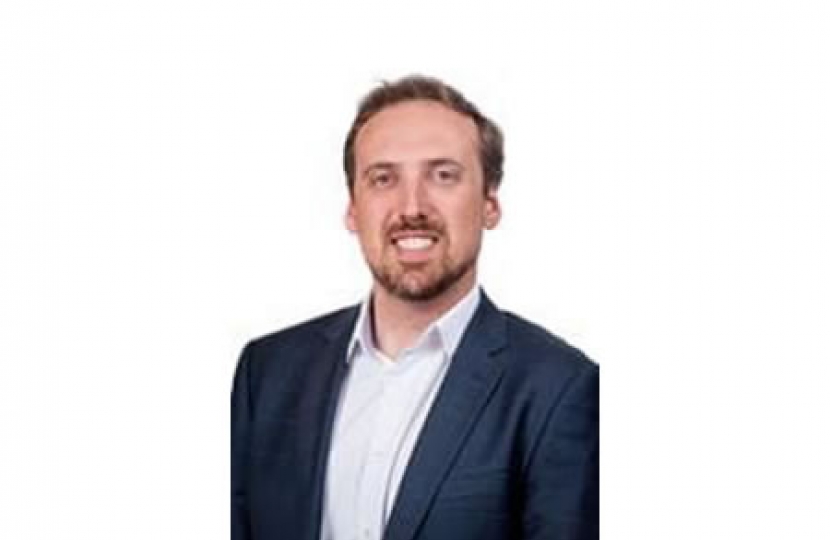 The Government achieved an impressive milestone with 10 million of the population receiving at least a first injection. Among them are my parents and remaining grandparents, one of whom received a second jab. Chiswick Health Practice on Fishers Lane, one of several hosts in the borough for the administering of residents’ vaccines, has become a bastion of hope in the pandemic.

Those like me who are waiting but who have no symptoms may book a free ‘rapid’ test online via the Hounslow Council website www.hounslow.gov.uk/rapidtest . The ‘rapid’ refers to the swift (30-40 minutes) results, which requires no laboratory involvement.

I have a seat on the Hounslow Planning Committee and vote on planning applications across the borough that get called in. You can attend these meetings live via the Hounslow Monthly Meeting Calendar. Meetings since my last blog included approvals for the creation of electric vehicle charging points in Heston West, for the redevelopment of the old Toys’R’Us site there into Lidl and Home Bargains stores, for the construction of a residential block in Hounslow with 30 flats and finally the deferral of a decision allowing the conversion the existing bowling green in Gunnersbury Park to a pitch-and-putt mini golf course, complete with a café.

In the latter application the council had a duty under the Local Plan Policy to protect community facilities like the bowling green that benefit and serve their communities. As the proposal did not provide for a relocation of the green, the applicant had to show that the green was either vacant or significantly underused for a continuous period of 18 months. With this in mind, I met a green representative at a time when Covid-19 regulations allowed. A tour of the site revealed a green with a long history, a keen membership and ambitious plans to rejuvenate a sport which had as yet failed to pass down the generations in this country by involving schools and children’s clubs. At the committee meeting the council officers understandably recommended the application for refusal but unusually we councillors elected to defer the application to give the applicant a chance to revise the scheme to retain the green so as to achieve a win-win situation for budding bowlers and crazy golfers.

The government is committed to halving rough sleeping by 2022 and ending it by 2027 through the work of national and local government. Last month I attended The National Homelessness Event, hosted by Government Events and with speakers from Newcastle City Council and the charities St Mungo’s, Shelter and Homes for Cathy.

I went to inform my understanding of the national picture of homelessness, of how homelessness ties in with minimum requirements for affordable or social housing in new residential planning applications and to improve my own engagement with homeless organisations. There was praise for the government’s recent actions to address homelessness and its causes, particularly its bans on evictions, increases in Local Housing Allowance rates and support for Crisis’s Everybody In campaign.

The take home point was that a long term strategy that combined home-ownership, social housing and homelessness was the model replacement for housing benefits, temporary accommodation and their associated costs.

The council advises that, if you believe that you have nowhere to stay, you should immediately call them on 020 8583 3942 or by email at myindependence@hounslow.gov.uk.

I continue to engage with residents and attempt to resolve their issues sometimes with the assistance and advice of council officers. Working from home over lockdown has saved me one or two hours a day that I would otherwise use for travel and I have used much of this time to conduct more tours of the ward, take photos of any physical damage to structures and report these to the council to fix. These included pavement damage in Strand on the Green, graffiti on Chiswick Bridge and potholes throughout Chiswick Riverside Ward.

But I have also been able to respond faster to really urgent issues. Two weeks ago I received an email from a resident, a single parent with three children and who lived in a council flat, to say that her electricity had failed and that there was a water leak in her ceiling. I notified this to the council immediately, asking for the matter to be prioritised, and also brought it to the attention of the Cabinet Member for Housing Services. My own boiler had failed over lockdown and the resident and I commiserated over our respective experiences. The council officers responded swiftly and commendably, keeping the resident up to date and organising work to be done on the property.

Don’t miss “They’re Bombing the Docks!” on 23rd February, hosted by the Chiswick Pier Trust, the first of a series of talks on the Second World War. Tickets can be found here .