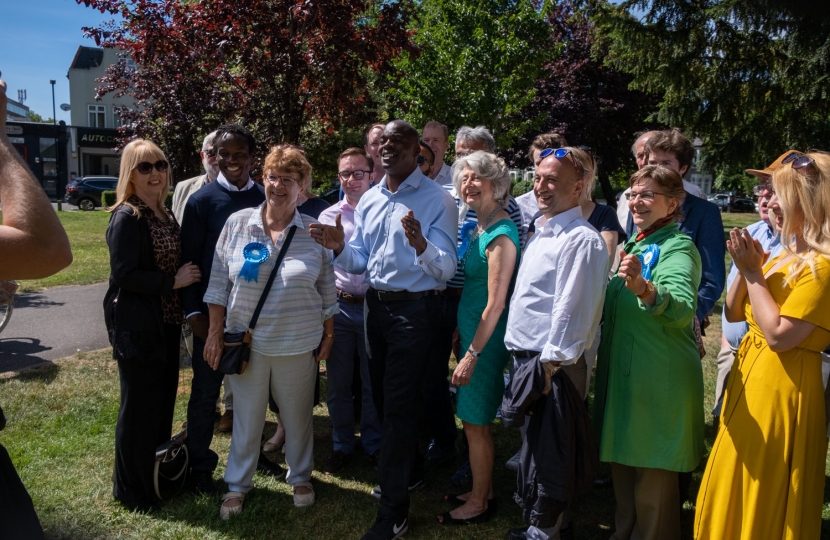 Supported by a strong team of Conservative councillors and activists, the two candidates kicked off the visit by visiting some of Chiswick's local independent shops where they heard traders' views on business rates, the upwards only rent clause in many leases, and attracting footfall.

Conservative council group leader Cllr Joanna Biddolph said 'It was a great opportunity for our Mayoral and GLA candidates, traders and residents to listen to each other and exchange views. It's the kind of face to face contact that's essential, especially in today's political climate and with so many challenges in Chiswick, particularly for our independent shops.  To know that Shaun and Nick think similarly to our traders on the big issues they face is a much-needed boost to morale and sends a signal to residents to carry on supporting our one-off shops, cafes, pubs and restaurants’.

"With our two candidates, a busy High Road, a great turnout by Conservative activists and the chance to meet residents, it was both a brilliant and very useful day in all respects”.

Update from the Prime Minister on our fight against the coronavirus

The Prime Minister's speech on 28th May 2020, about the country's fight against coronavirus