Looking Forward To A Community-led Recovery In The New Year 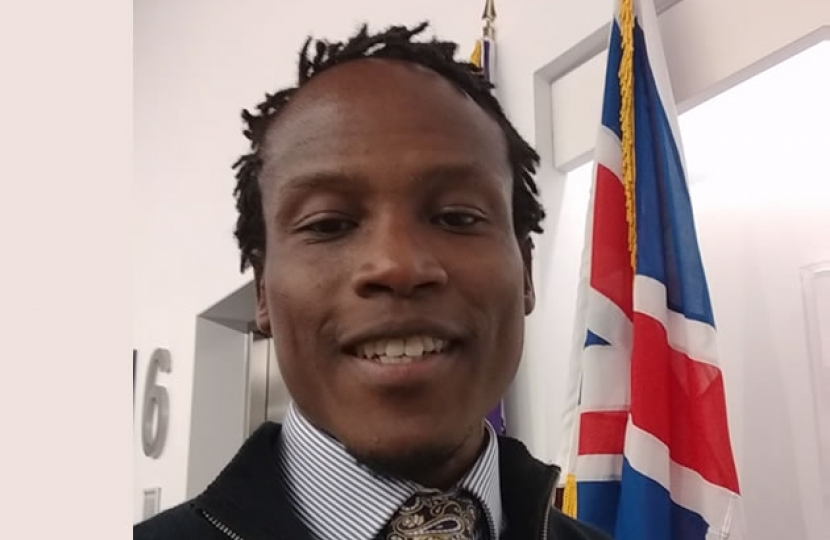 Readers of our weekly Councillor column will be familiar with our rotation by now. As it turns out, I have the pleasure of closing off 2020. Therefore, on behalf of my colleagues Cllr Patrick Barr, Joanna Biddolph Michael Denniss, Gabriella Giles, Ranjit Gill, Sam Hearn John Todd and Gerald McGregor; I want to thank you all. Thank you all coming together this year as a community to look out for one another. Thank you all for coming together as families, friends and as neighbours. Thank you all for continuing the harbour our unique sense community in Chiswick which has been there us all to see.

I recall with great joy and appreciation after learning about all the self-starting groups that emerged out of the agony of the pandemic. These included the Mutual Aid groups, the neighbourly WhatsApp groups, the increased donations to the foodbanks and the uptake in for the NHS responders in Chiswick. You all pulled together and have continued to do so this winter. We are honoured serve you all.

I also want to extend my personal thanks to the staff and officers at London Borough of Hounslow whom have worked tirelessly to keep our borough functioning throughout 2020. Hounslow Highways ensured that our bins were collected regularly. The enforcement team were on hand to support us at the Chiswick Flower Market as well in addition to their duties tackling antisocial behaviour.

During the lockdown several staff switched their roles in response to new challenges. In one case our Hounslow security guards were recommissioned to work at the newly established Community Hub. They were tasked with sorting out food parcels for Shielded residents. And just last week I learned of an officer with the enforcement team, Zaheer Kadri whom also happens to be former class mate at Heathland School, undertaking a duel role as part of Hounslow Covid-19 emergency response team.

Above all, I am thankful to the Executive branch at London Borough of Hounslow. As far back as the first lockdown, our Chief Executive Officer has led from the front. He quickly assembled his Gold team of Executive officers and kept all the Councillors abreast with every decision and announcement. Due to the restrictions we are not able to carryout our duties in the normal fashion for obvious reasons. It was the gold team that enabled us to keep the lines of communications between residents and the Council on all matters relating to Covid19 and beyond. To quote from a report from the Centre for Local Economic Strategy; ‘The Gold team has been a lifeline for this borough. Setting up the hub on the doorstep of Chiswick.’

I wish I could sing the same praises for the Administration. But the majority political branch of Hounslow has brought nothing but chaos to Chiswick. Rather than work cross-party on the big local issues, this administration retreated back into political campaign mode. Cabinet member after cabinet have queued up be pictured Chiswick while the Executive toils away and angry emails fill up my inboxes. Nearly all the complaints have been about Streetspace and Low Traffic Neighbourhoods (LTN) schemes.

This cabinet took a Government policy aimed at harnessing the modal shift of transport from motorised vehicle to walking and cycling, and turned it into a political ideology. Brandishing our Government’s writ, this cabinet refused to engage with the rest of the local population. To them it seemed, that the emergency powers meant absolute power. In their haste they forgot to heed the warnings against absolute power. They refused to change course when new evidence emerged, and they refused to listen to any reasoned arguments and suggestions.

It escalated as far as to the Overview and Scrutiny Panel at Hounslow. Cllrs John Todd (Conservative) and Richard Eason (Labour) both issued Call-Ins on the same cabinet decision in an unprecedented move. They presented their evidence in addition to the thousands of email complaints and thousands of signatures on petitions papers from the public across the entire borough. The simple reason was that they were frustrated with the lack of consultation.

The Scrutiny committee recommended that the cabinet to carry out a comprehensive consultation process as part of the interim and final review of the first phase of the Streetspace. It asked for assurances that in any subsequent consultations, the digitally excluded and those with protected characteristics should be enabled to participate.

The recommendations called for the cabinet to take into account the equalities impacts of each LTN scheme. Finally it called on the cabinet to adopt the separate recommendation set out in a report by the Centre for Local Economic Strategy (CLES). They called for London Borough of Hounslow to embrace a decentralise mode of governance with more powers given back to the communities it serves.

As far I am aware, the cabinet merely noted these recommendations. I fear that the actions of this Administration has left lasting damage in Chiswick. Taking on board these recommendations would have gone some way in repairing some of the damage. CLSE report concluded that by adopting a comprehensive community engagement programme for 2021 and beyond Hounslow Council can better “serve a democratic function and enable communities to use their individual and collective power to shape where they live.”

It is the community that has been at the centre of the response to Covid19 and as we start to see the light at the end of the tunnel it is the community will pull back together. Giving them greater powers and central role in our recovery is a no brainer. Happy New Year.