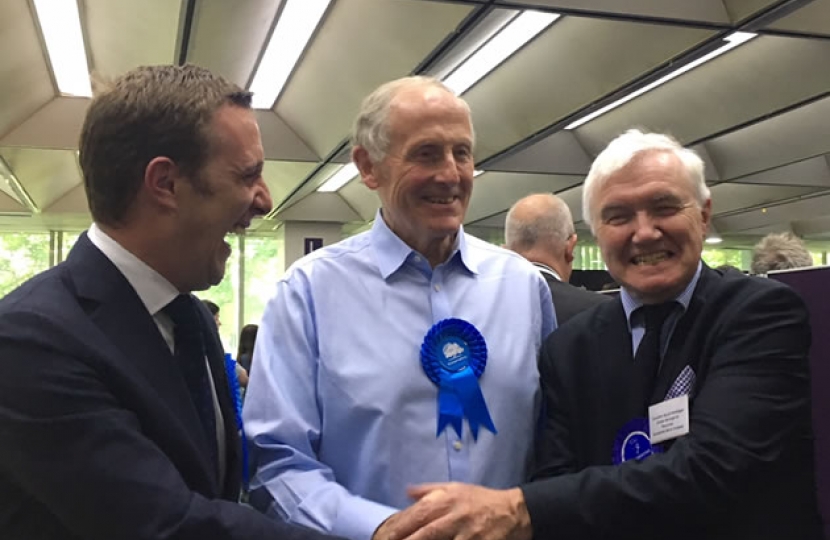 Gerald McGregor to take over from Joanna Biddolph

The Conservative group of councillors on Hounslow Council have opted to change leader at their AGM held this Wednesday (29 July).

Cllr McGregor replaces Cllr Joanna Biddolph, who has served as Leader of the Opposition since May 2019.

The appointment is for the 2020/21 Council year and the vote would normally have been held back in March or April but was postponed due to the pandemic.

Cllr Gerald McGregor, who is married with three children, lives in the ward he represents, Chiswick Homefields. This is his fourth term as a councillor on Hounslow. He was responsible for an overhaul of Hounslow Council’s management structure when serving in a Conservative-led coalition structure a decade ago. A qualified chartered accountant, Cllr McGregor is the proprietor of an international business consultancy based in Chiswick. He is a congregant at St. Michael & All Angels Bedford Park.

Speaking after his election, Cllr McGregor said, “I want to pay tribute to Joanna Biddolph for all her work over the last year. Her staunch defence of residents and businesses in Chiswick has won her many admirers. I know that she will continue to play a major part in the Hounslow Conservative group.

“I also want to thank publicly all staff of Hounslow Council for the way they have pulled together and led our borough through the Covid-19 pandemic. From food deliveries to strategic management, the council has been central to dealing with this dreadful disease. The hard work of all involved – including many community volunteers – has helped to reduce the impact of Covid-19 in the borough.

He added that his themes for the coming year were ‘protect, engage and advance’ saying, “As councillors we must protect the residents of Chiswick and Feltham whom we represent. Engaging with voters across the borough, including those who disagree with our views will be a central theme of the next year. Providing alternative policies and programmes will be a key theme over the next two years as we move towards the next borough elections in 2022.”

He added, “The administration has failed Hounslow. The policy shortcomings in financial management, adult daycare provision and service, planning and transport are clear for all to see. The recent botched traffic schemes have brought misery to many residents across the borough and imperilled the livelihoods of local businesses already weakened by the lockdown.

“We will not hesitate to take the fight to Labour while always being prepared to work across party lines when it is in the interests of local people to do so”.

Cllr Steve Curran, Leader of Hounslow Council, said: “I would like to offer my congratulations to Cllr McGregor in his election to be the new leader of the opposition Tory Group.

“Cllr McGregor is a longstanding and very experienced Councillor. Having been a Cabinet Member of the Tory-led coalition administration between 2006 to 2010, he brings a wealth of experience to the role. I look forward to continuing working with him to ensure the Council does everything it can to not only fight the coronavirus pandemic but also working on the economic recovery for the borough.

“I would also like to thank Cllr Biddolph for her work as leader of the Tory group over the last twelve months. I wish her well for the future.”

The Conservatives currently have ten councillors on Hounslow Council, nine of whom are in Chiswick and one in Feltham. Labour control the borough with 50 councillors. The next election is due in May 2022.