I’m a huge supporter of our independent shops, bars, cafés restaurants, beauty/health/wellbeing/service businesses, going out of my way to buy from them.  They are, for me, what makes Chiswick Chiswick and special so it was inevitable that I would want to work hard to represent them, setting up the Chiswick Shops Task Force in 2018 specifically to support them through the then tricky retail climate before COVID-19 made it even worse.  Since being elected in 2018 I have served on the planning committee (for one year); on the overview and scrutiny committee (OSC) on which councillors work non-party politically, in collaboration regardless of party politics, and its housing and environment scrutiny panel (throughout the four years); now in 2021-2022 I am chairman of the Chiswick Area Forum, changing the format and agenda to reflect the Chiswick community and give its many much-valued voluntary, charitable and business organisations a voice.

Given that Brexit continues to be a subject of debate in Chiswick, and the way I voted often misrepresented, I confirm, as I have before, that I voted Remain.  I am a member of the Conservative European Forum thought not often able to attend its excellent events because of council commitments.

In my other life, currently limited as life as a councillor is so busy, I’m a self-employed reputation crisis management consultant having previously worked in politics, lobbying and corporate communications, and as an occasional journalist (for three and a half years I wrote the double page local issue feature, articles about local businesses, the kids’ corner column and restaurant and book reviews for Chiswick's popular local glossy magazine, The Green, which some residents might remember).

Chiswick Under Assault By Another Huge Development

Update for Conservative Party members in Hounslow from your local councillors - some action needed!

I’ve written before of the decision the Conservative Group on Hounslow council – nine councillors in Chiswick and one in Feltham North – to act as critical friends in private during the Covid-19 crisis. 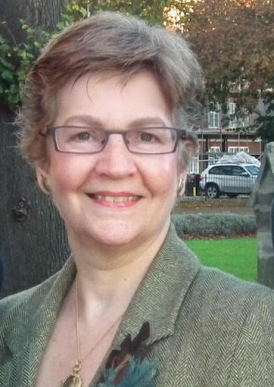