I am a Registered General Nurse and currently work as a nurse in West London. Previously I was a Charge Nurse in A&E and I still work in A&E as required to support the NHS. As your councillor for Chiswick Homefields, I will narrow the communication gap between residents and the Council, campaign to get the Piccadilly Line to stop at Turnham Green sooner than has been proposed and will hold Hounslow Council to account with the resurfacing of roads and pavements. I will also campaign for more GP surgeries locally for a growing and ageing population and will be a strong advocate for the local community. I recently married a teacher who works in a local independent school. We both initially trained as actors and met through our love of theatre.

WORKING ON THE FRONT LINE 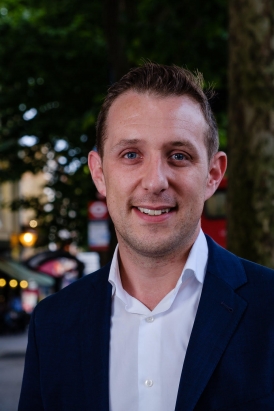