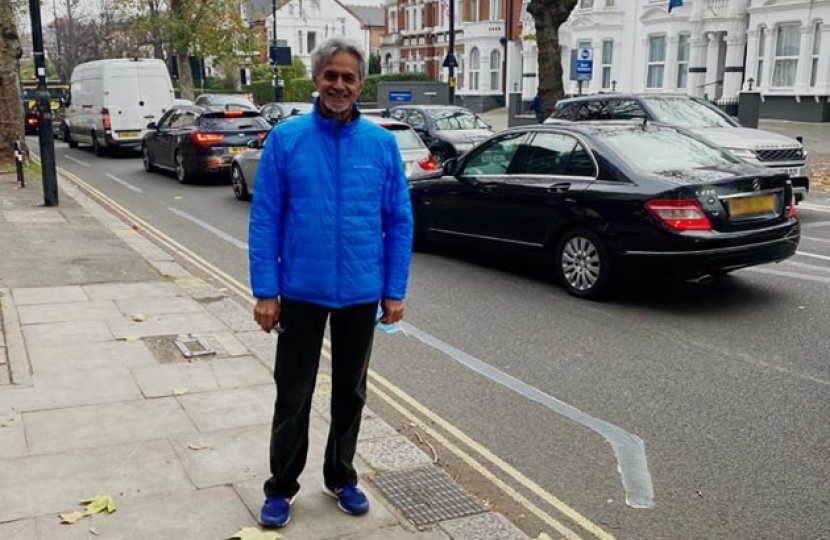 STREETSPACE AND C9 CONTINUE TO BE CRITICISED

Residents are requesting clarification as to the purpose of the bus gate, and specifically why it was not required for the original version of CS9 but deemed necessary for the "temporary" version. It seems that the point of the bus gate is to throttle back traffic from reaching the central stretch of Chiswick High Road (CHR). As a result of this throttling, it diverts traffic onto residential roads. Some of the impacts of the bus gate are as follows:

If C9 is TfL's responsibility, as Hounslow council tells us it is, surely the council should take these problems up with TfL especially as the residents who tell us about the problems they experience are also telling Hounslow council.

Following the recent survey conducted by the Chiswick Shops Task Force, a group set up by my councillor colleagues Joanna Biddolph, Patrick Barr and Gabriella Giles, Hounslow council commissioned a consultancy to do a survey. Another consultancy. Another survey. Haven't we had enough? We were told this one was about "community-led urban realm improvements" and improvements are needed.

When Cllr Biddolph met the consultants last weekend, she discovered they weren’t looking at urban realm improvements but at the use of the road. Cllr Biddolph stressed that any decision on Devonshire Road, returning it to how it was or a compromise, should be accompanied by a makeover after years of haphazard decisions have left it in a mess. Suggestions, most taken from the task force's retail report, range from sparkly lighting and bunting to having signs at the top and bottom to attract shoppers, to rationalising street furniture which is messy and awkward. All would show off how special this road is.

Just when shop owners begin to feel a sense of life returning to the Terrace, along comes Cadent on behalf of British Gas. The southbound carriageway is to be closed for five days from Monday, 21st for work needed between Aram Picture Framing and CHR. So why did a sign appear outside Windfall Natural on the northbound carriageway announcing that the entire road would be closed? We've got it fixed. But why does Hounslow make so many thoughtless judgements?

Of course, closing one carriageway could put off shoppers who need to drive and park but I hope it won't deter you, even though getting to or from it means diversions.

GUNNERSBURY PARK AND ITS BOWLS CLUB

As from next year's local elections, Turnham Green ward expands to take in the whole of Gunnersbury Park, the residents on the south side of Popes Lane up to and including the shops and flats above the shops over the junction of Lionel Road North, and the residents of Lionel Road North. We have started to introduce ourselves to them – though we've known some of the members of the Gunnersbury Park bowls club since shortly after we were elected.

We are as angry as they are at the Gunnersbury Park CIC's determination to obliterate the bowls green, evicting the bowls club, by only considering one option for a Putt in the Park mini-golf course. It wants to build it on the bowls green despite the bowls club members showing it would be possible to have both. Our older residents are being pushed even further down the list of people to encourage into the park.

The Friends of Gunnersbury Park published a strongly-worded article about this but there is still no sign that the CIC is interested in listening to locals. Our view continues to be that the CIC should establish a formal consultative committee of relevant representative groups, not the occasional "Big Conversation" with a self-selected group.

The planning committee will consider the fate of the bowls club on 24th June.

Unfortunately, I was away this Saturday when mass testing took place at Brentford Football Club but I know several of my colleagues were there as volunteers. I'm sorry to have missed the opportunity to see the stadium from the inside, and take photos of the pitch from the stand.

Everyone just needs to stay safe. The government has now announced that every care home worker needs to be vaccinated. Having my partner, Peter, in a care home I can understand the need especially when, early on in the pandemic, I could not visit him as the care home had several cases of Covid and Peter too briefly had Covid.

Chiswick's favourite fortnight continues until 27th June, different from usual but still an important community event. You've missed the very popular Summer Exhibition of art by local artists but there is still much to enjoy including the Festival Fete on Saturday, 26th June and Bedford Park Open Gardens in the afternoon on Sunday, 27th June. See the full programme here.

Case work continues as normal. I spent over two hours on Wednesday evening discussing problems with a group of residents over tea. This problem has been ongoing for a year. The pandemic has increased councillors’ workload significantly and last year I did around 697 cases. I am happy to deal with all sorts of cases as are all your Chiswick councillors so please get in touch.