Frustration on Zoom and the Poetry of Tea 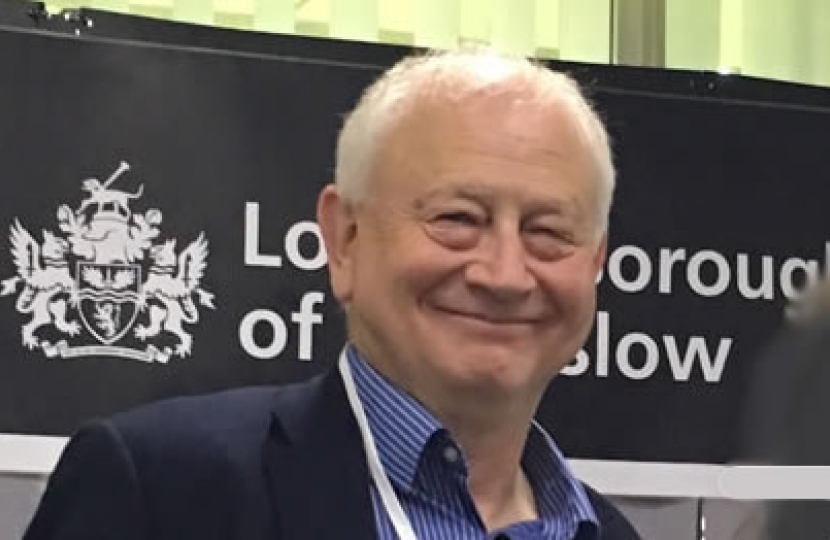 Friday 8 th January: I reflect on last night’s Streetspace consultation for business. This was one of a series of virtual events being run for the council by Steer Consulting. These events are part the interim review of the traffic measures implemented across the borough. Supposedly the traffic measures are a response to the pandemic but in reality they are simply delivering TfL’s low traffic neighbourhood agenda that few of us had heard of a year ago. The council’s advertising of these events has left a lot to be desired. Many of the ticket slots had not been allocated. Several people who had registered were unable to log in to the meeting because of technical problems. You can still email your comments to communications@hounslow.gov.uk

It was depressing to hear just how damaging the removal of parking spaces and the access restrictions had been to footfall and therefore businesses in Chiswick. Traders were careful to distinguish between the impact of the pandemic and the council’s traffic schemes. The Cycleway 9 scheme could not be discussed because of the pending judicial review. Hamlet without the Prince.

I received a copy of the brief given to Steer Consultingby Hounslow Council that I requested before Christmas. It was shocking to see that Steer are not required to contact businesses, local councillors or the representatives of local interest groups. It is vitally important that as many residents as possible respond to the Streetspace consultation – which has been extended to the end of this month. But please hurry because Steer Consulting are going to produce their draft interim report by the same date.

Saturday 9 th January: The Hearn family has acquired its first Pizza Oven. A bit of a luxury but what a difference it makes. We are already looking forward to being able to share homemade pizza with friends and neighbours. Weirdly one of the benefits is the calming effect of sitting with a cup of tea whilst watching the pizza dough pulsating as it rises. Try it – highly recommended. A socially distanced walk this morning in Kew Gardens was another brilliant stress reliever.

Sunday 10 th January: I take a little time out to review the agenda and papers for the Chiswick Area Forum on Tuesday. I am looking forward to hearing from Kelly O’Nell, LBH’s Public Health Director and Laura Ellener, the Head Teacher of Chiswick School and Xanthe Arvanitakis the Director Chiswick House and Gardens Trust.

Tuesday 12 th January : An interesting virtual meeting with two senior members of the council’s finance team. Partly a briefing for Cllrs Gerald Mcgregor, John Todd and myself. The financial impact of the pandemic has been significant, however budgetary control has been effective except in one operational area. Promised savings have however not materialised. Capital budgets have once again, and not surprisingly, slipped. Huge amounts from central government have sloshed into the council’s coffers and then, almost immediately, out.

The Area Forum, chaired by Cllr John Todd, was extremely informative and the speakers were excellent. It was reassuring that all three public servants, each with important leadership responsibilities, were so clearly on the top of their game. None of them minimised the problems they faced but all of them emphasised the power of teamwork and the energies being released through having to find different ways of delivering services. The future will be different. The decision to allow the public to question the speakers before councillors, reversing the traditional protocol, created an interesting and powerful new dynamic.

No police spokesperson was available to deliver their report and answer questions. This was unfortunate but understandable. Councillors were impressed that across the three Chiswick wards no knife crime had been reported in the last three months. Given previous concerns we would have welcomed the chance to delve deeper. Cllr Rangit Gill (the councillors’ spokesperson on police matters) pledged that after the pandemic a senior police officer would be invited to address a public meeting and answer questions. This had, in the past, proved helpful and very popular with residents.

Wednesday 13 th January: Attended a Ward Committee meeting with Conservative Party colleagues. A chance to listen to concerns and provide feedback. We looked forward to the upcoming London mayoral elections and the Council elections slated for May 2022. We pondered how to encourage people to come forward as candidates. Many do not know how to do this and/or are uncertain what is involved. The local Government Association has some useful advice. Another useful website is here. Contact one of the councillors listed at the end of the blog if you wish to progress matters any further.

Thursday 14 th January 2021: This morning’s Zoom poetry session is on the theme of ‘Tea Time’. An interesting interlude ranging from the ninth century meditations of Chinese poet Lu Tong to Long John Baldry’s version of the ‘Everything stops for tea’ via the Love Song of J Alfred Prufrock.

This evening’s Streetspace consultation on the South Chiswick schemes was as frustrating as the business consultation the previous week. Officialdom served up the ridiculous fiction that the street closures, restrictions and barriers were introduced as a result of a consultation conducted in the summer and autumn of 2019. The truth is that the SCLN consultation got no further than the initial fact-finding phase before the pandemic brought further work to an end. The traffic measures imposed on the area in 2020 originated in the fertile brains of Hounslow’s traffic officers. Residents were not consulted.

The poor communications about the meeting meant that many residents logged on thinking that they were being consulted on all the measures imposed on South Chiswick but in reality the interim review was restricted to the closure of Dan Mason Drive and the exits from Harvard Hill, Stile Hall Gardens and Wellesley Road. The need to consider the SCLN schemes holistically was agreed but then ignored. The nonsense of making decisions that will affect how the road network is used after the pandemic using data gathered during the lockdown was accepted but then also ignored. I look forward to reading Steer Consulting’s report.

Residents made it clear that they accepted the need to restrict rat-running but do not understand why the exit from Stile Hall Gardens on to the A205 cannot be controlled by an ANPR based system such as that being used on other streets in the area. There was also exasperation at officialdom’s failure to understand that Steer’s road usage maps clearly show that prioritising the closure of Harvard Hill over the Hartington Road restrictions was a nonsense. The Harvard Hill closure could well be completely unnecessary.

Residents’ frustrations with Hounslow Council are beginning to boil over. The lip-service that Hounslow pays to delegating decision making to the lowest level is belied by their refusal to listen to residents’ concerns about their streets and to impose solutions from above rather than submit to binding public consultations. A resident has launched a petition. Longer serving councillors can recall that there were some real benefits to leaving many aspects of council decision-making to the Area Forums.