She put her country first and she did her nation proud 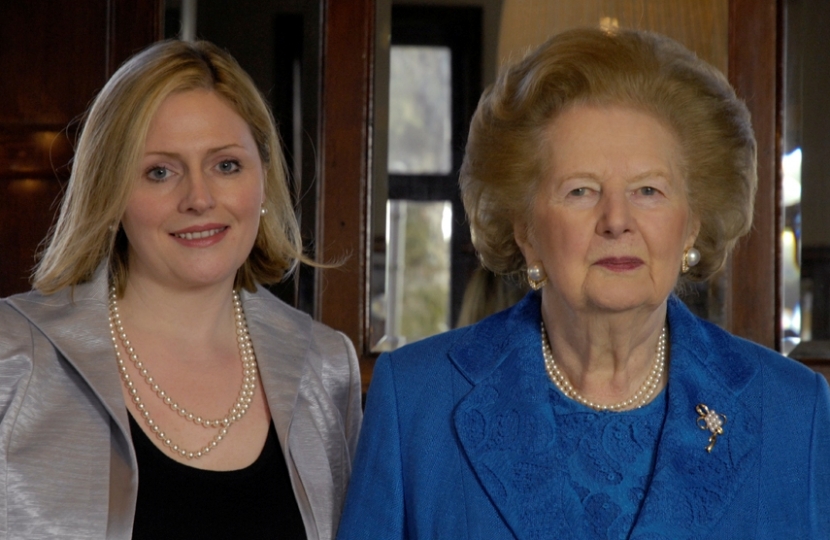 It was with great sadness that I heard of the death of Baroness Thatcher yesterday.  The country has lost a great leader ... someone who served the nation and believed passionately in Britain.

Lady Thatcher has been described as the “greatest British peacetime Prime Minister”. Primarily, she will be remembered for her strong leadership, clear thinking, courage and conviction. Under Margaret Thatcher, aspiration was born. She swept away class barriers, breathed new life into companies that were stifling under years of state ownership and restored Great Britain to her rightful place on the world stage.  She took on the unions, privatised industry, unleashed enterprise, rescued our economy, spread home ownership and fought the Falklands war. She built the special relationship with the US and her role in supporting President Reagan in his efforts to end the Cold War freed many thousands from oppression. Her achievements were outstanding and her impact was immense.

As the first female Prime Minister, Margaret Thatcher showed that nothing is impossible. As a child of the Thatcher era, she was an inspiration and role model to me and part of the reason that I am a Member of Parliament today. She visited Chiswick in my constituency in March 2010 to help campaign for my election and still had the aura and presence of a world leader that filled the room. Her values were centred on hard work, self-determination and freedom – all principles that are just as important today as they were then.  She did what she thought was right, not necessarily what was popular.  She put her country first and she did her nation proud.

A book of condolence is at our local Conservative office, 433 Chiswick High Road, W4 4AU for all who wish to send their thoughts and sympathies