Starting The Year As It Means To Go On 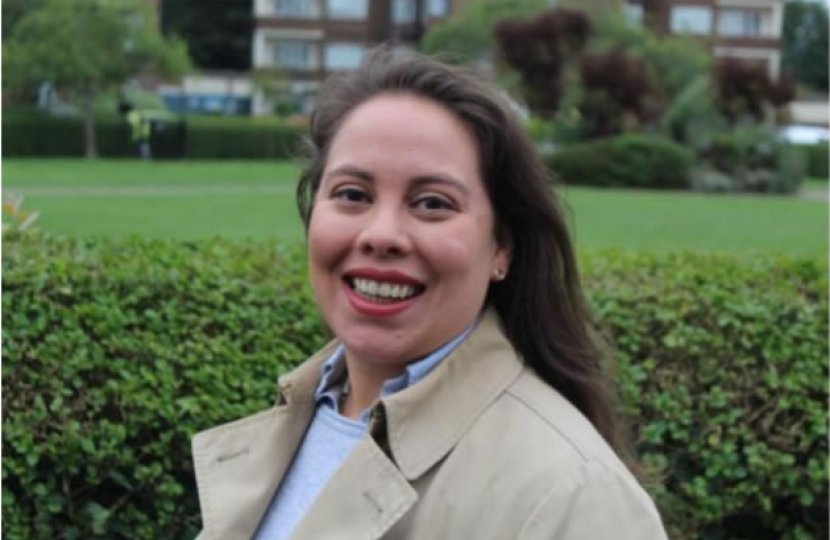 The end of the festive period.

As I write this on the last day of Christmas, listening to fireworks that I can only attribute to people celebrating epiphany, I think it’s safe to say that Christmas is officially over.

With that in mind, if you’re looking to get rid of your Christmas tree, the council’s collection service starts on Monday (10th). Further details, including what to do if you live in a flat, or want to drop it off, are all on the council’s site.

I had originally planned to take this week off and join friends for their wedding in Les Deux Alpes this weekend, but as things have conspired, it was not to be - c’est la vie I suppose you could say! After a very busy year in 2021 (I recommend you read my colleague Cllr Ranjit Gill’s last councillor blog of the year as it’s a great summary) and a very eventful year for the team in Chiswick Riverside, I had decided that officially starting my year on the first full working week of the year would be a nice treat. A concession to a tough couple of years for many, and one where I had, personally, professionally, and politically (I hope) made a lot of changes and tough decisions.

However, the best laid plans, and all that. It was not to be.

Straight back to it

The year has started much like the last one ended, case work continues. Just because the council closes over this period doesn’t mean that the needs of those we represent just stop. Thankfully, evictions planned for 24th of December were given a stay, which means that those who had been worried about being homeless over this period could at least have some sort of reprieve.

Not like those residents of Chiswick Staithe who were busy preparing for a very important meeting of the planning committee that took place on Thursday at Hounslow House. The meeting was held to discuss a controversial design that would have included building four additional properties in the riverside garden of number 17 Hartington Road. In September I wrote about meeting with residents of Chiswick Quay, this was an error on my part as this was actually Chiswick Staithe. Since August, residents of this estate had raised their concerns about the environmental impact of the proposed plans, not least due to the value of the 93-metre-long garden - dubbed the largest garden in Chiswick - on the local environment, specifically regarding the flood risk.

In a meeting where this single planning application was scrutinised for two hours, the status of the flood risk was debated greatly, and I don’t believe there is yet consensus on the status that was designated as 3b (worst) by the Environmental Agency. I must thank my fellow ward councillors Sam Hearn and Michael Denniss for their insight. Cllr Hearn was critical in speaking against the application. As a member of the planning committee, and far more versed in planning cases than I, Michael (along with Sam) had joined me in meeting with residents back in August, providing insight to the planning process. Of course, I would be extremely remiss in not mentioning Cllr John Todd who, as a member of the planning committee, used his time to question the objectors, applicant, and officers in an extremely robust manner. Demonstrating, as usual his forensic eye for detail, revealing holes in the application which meant that the committee voted unanimously against the application. So, I guess it is be up to the developers to go back to the drawing board yet again.

In Chiswick Riverside, we’re aware of the benefits of proper flood barriers and I was surprised to hear the chairperson of the planning committee, Cllr Corinna Smart, refer to the financial cost of repairing these, commenting specifically on the towpath at Strand-On-The-Green. This is a location of concern for many, and I’m sure this isn’t the last we’ll hear of the risks along our part of the tidal Thames.

As for the flood risk designation of Hartington Road which created so much confusion? The Environmental Agency stated that it was up to the lead local flood authority to set the designation. According to papers from December’s Cabinet meeting, where the Surface Water Management Plan was discussed, the lead local flood authority is the local authority. So, I won’t hold my breath as to whether the designation changes, but this is certainly a win for local residents and a great demonstration of your local councillors working together in the best interests of both residents and the environment.

Picture of Chiswick Staithe, May 2020, Gabriella Giles. 17 Hartington Road is to the left

Thursday also marked the start of another scheme that leverages the £2.3m Additional Restrictions Grant (ARG) allocated to Hounslow council by the government that I wrote about in July when sharing news about the ShopLocal Voucher Scheme. Obviously, a lot can change in six months, so I was surprised to receive a flurry of emails earlier in the week about this new launch and was disappointed that I couldn’t join the meeting due to having made a commitment to client calls.

There is a variety of support packages that various businesses in the borough can apply for regardless of size, maturity, or aspirations. As founders of the Chiswick Shops Task Force Cllrs Jo Biddolph, Patrick Barr and I encourage all businesses to take a look.

One thing that is really very striking is the number of external providers who have been contracted by the council to deliver this initiative. It’s eight. I’ve often wondered about the council’s reliance on external providers, and while I can commend it for identifying gaps in its ability to deliver services, I can’t but wonder how much of the money from the ARG will actually make it into the hands of those who need it most.

Other grants available include the Thriving Communities Fund, the Summer of Culture Community Grant where you can find out more via an online event on 17 January. Personally, I am looking forward to working with my ward councillors and local groups on proposals that can help Chiswick Riverside as part of the One Hounslow: Your Neighbourhood Grant. I have been in contact with several groups who are all enthusiastic, and full of fabulous ideas of where and how best to use these funds. I can't help wondering if this sudden flood of generosity has anything to do with the local elections this May.

Ongoing Projects, consultations, and other news.

Since May last year, there have been regular updates in my blog, about the South Chiswick Liveable Neighbourhood, protecting seals, Chiswick Pier Trust, and various other projects. I suppose it’s time for a bit of an update:

South Chiswick Liveable Neighbourhood: following a bit of a false start (there was an issue with the website), the vehicle exemption form for Staveley Road is now up and running. If you live in Grove Park, or the area north of the A316 (e.g. Corney Reach, Edensor Road, Alexandra Gardens, and surrounding roads). Please make sure you register here. I won’t go into the details of my thoughts on the principles of changing a school street into an extended restriction while also extending the whitelist eligibility. The council is asking for your views on this initiative and the consultation on the trial access restrictions goes live on 24 January. The council also wants to know what your thoughts are on the restriction of access from the A316 into Burlington Lane, so don’t forget to include those too!

Freddie the Seal, Seal Watch and Rivers: Following the untimely demise of Freddie the Seal, I’ve been working with the local group Seal Watch on a number of projects. Today I received the excellent news that our efforts to change the law have made an advance. Tracey Crouch MP will be proposing a 10 Minute Rule Bill in the House of Commons in early February. While the chances of this passing to a second reading are slim, it’s great to know that the efforts of Mary Tester and the team have already gone beyond the signs we have installed on Strand-On-The-Green. We have also secured funding for these signs to be made permanent, so this isn’t the end of the journey. Other river projects include a great community project that will take place on the Longford River. Funds have been secured by the Thames Landscape Strategy (I’m a member of the joint partnership board) so I’ve been working with officers from both this organisation and Hounslow council to make sure the money doesn’t go to waste. We have a meeting next week where I’m hoping we can finalise dates so we can officially launch the project.

Chiswick Pier Trust: Back in October, I had the great pleasure of hosting one of the Trust’s fabulous talks. Guess the subject? Seals! You can watch the full recording here. At the Trust, we’ve had a very busy year, stepping up activities and making sure we’re on a sure footing for the year ahead. As always, we’re always looking for new trustees, so if you’re interested, please get in touch. There are a number of exciting events coming up in the next fortnight, firstly the New Year Jazz Cruise, followed by the first webinar of the year, which will be a talk on the State of the Thames from the editor of the ZSL’s recent report, Hannah McCormick. Unfortunately this clashes with the Chiswick Area Forum which I will attend, but I’ll definitely keep a lookout for the recording.

Chiswick Riverside Ward Police Panel: At the last Chiswick Riverside Ward Police Panel, I was somewhat heartened and dismayed to learn of the ongoing StreetSafe pilot. An initiative run by the Met Police asking people to report areas around London where they don’t feel safe due to environmental issues. Heartened, as this has been a response because of Sarah Everard’s murder last year, so at least there’s some action. Dismayed that we need to have this sort of action at all. Even more so as the London Borough of Hounslow didn’t agree to the motion (Item 16) we proposed in December calling for lighting throughout the borough to be increased and for longer hours. This isn’t the first time we’ve called for this to happen and has been requested by many residents who feel unsafe on their journeys home on foot or by bike.

There will be changes to the SouthWestern Railway service as of 17th January, be sure to check services before travel.

Given the way that this year has started, it’s probably a good thing I wasn’t able to travel to France (Merci Monsieur Macron!) Case work continues. Regular updates about the road changes (both C9T and SCLN) are scheduled, as are briefings about COVID in the borough, Brentford Stadium updates, meetings with local groups, residents and businesses and a completion event for the redevelopment of Loraine Road, which will be sure to keep me occupied for the next five weeks.

Oh gosh, on the other hand maybe a weekend in the mountains is just what my soul needed!

I hope you are all keeping safe and wish you a peaceful and healthy 2022.